Braulio is fluent in Mandarin Chinese, Spanish, and English.

In addition to expert knowledge of sound equipment, Braulio prides himself in building good relationships with everyone he works with.

In 2017, Braulio served as the production sound mixer and picture editor for the documentary The Architects of Camellia, directed by Academy Award-nominated filmmaker Christine Choy. Commissioned by Shancha Inc, the film follows a Chinese-American photojournalist as he collects stories from farmers and company executives involved in the camellia oil industry and records the transformation of the countryside in the midst of industrialization. The film was shot in Xin County, Henan Province, China.

In 2018, Braulio served as the production sound mixer for Blood, Passion & Coffee (Café con sabor a mi tierra). Inspired by true events, the film tells the story of a coffee producing family in Marcala, Honduras, struggling to survive when a plague threatens to wipe out their harvest. The drama was selected to be the official Honduran entry for the Best International Feature Film at the 92nd Academy Awards.

In 2019, Braulio worked as a production sound mixer and digital imaging technician for season 2 of the PBS series The Future of America’s Past, produced by Virginia-based Field Studio. Each episode follows renowned historian Ed Ayers as he travels to a historical site and examines an event in US history through the lens of social justice.

Braulio has recorded sound in cities such as Beijing, Shanghai, Hong Kong, Taipei, Taichung, Tainan, Kuala Lumpur, Ho Chi Minh City, and Tegucigalpa as well as rural locations in Honduras, Vietnam, Malaysia, and the Chinese provinces of Hunan and Heilongjiang. 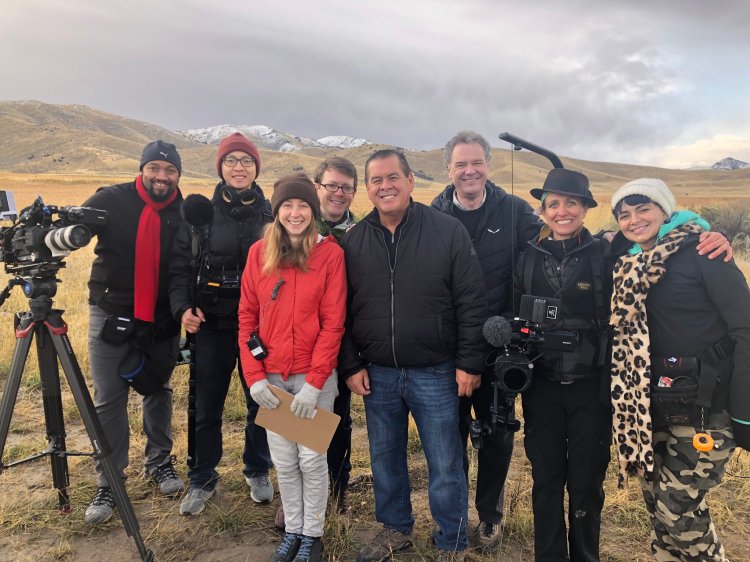 Braulio (right) with DP Elia Lyssy (left) in Shanghai, China, during principal photography for a documentary about National Youth Orchestra of China in Summer 2017

Braulio taking a break on top of a silo at Tom Farms in Leesburg, Indiana, during the principal photography of the documentary Grounded: The Roots of Revolution